Many people are turning away from refined table sugar and high-fructose corn syrup, looking for more healthful options. They may be making wider changes, such as following a keto diet, which can help some people avoid unnecessary calories and lose weight.

Also, people with conditions such as diabetes must be aware of the types of sweeteners that they use, as many affect blood sugar.

While natural sweeteners can be a better alternative to refined sugars, some are less healthful than many people believe. Anyone considering switching sweeteners for health reasons may benefit from discussing options with a dietician or doctor. 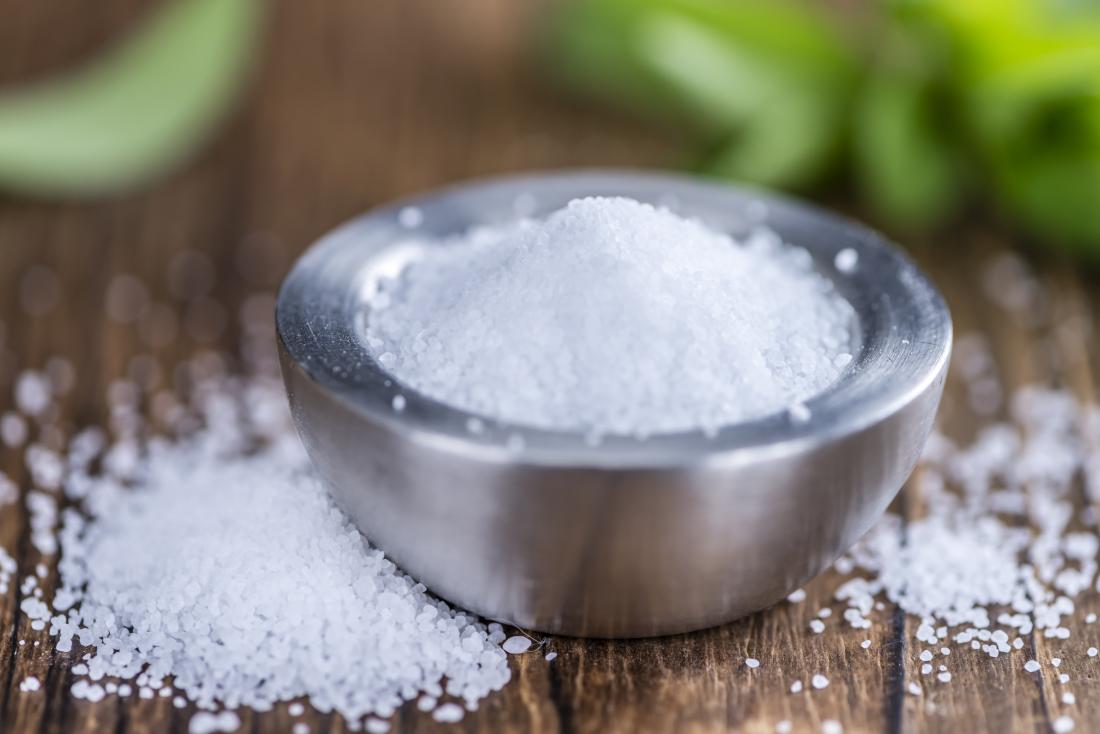 Stevia rebaudiana is a plant in the sunflower family and is native to parts of South America. The leaves contain two primary compounds — one is extremely sweet, while the other is very bitter.

Manufacturers extract the sweet compounds from the plant to produce stevia. These compounds can be up to 300 times as sweet as table sugar, and stevia extracts are naturally calorie free, making the sweetener a popular choice.

However, some people feel that stevia is not truly “natural” because of the amount of processing required to produce the white, powdery stevia product in many stores. A person can purchase stevia leaves and leaf powder, though these may contain bitter as well as sweet compounds, and they are less widely available.

Monk fruit, native to southern China, is another alternative sweetener. The fruit contains compounds called mogrosides, which can be 150–200 times as sweet as sugar, according to the International Food Information Council Foundation.

However, although they are sweet, these compounds do not raise blood sugar in the same way that other sweeteners do. Monk fruit extracts also contain no calories or carbohydrates.

Yacon syrup is sticky nectar harvested from the yacon plant, which is also native to parts of South America. The syrup is dark brown and resembles molasses.

Yacon syrup contains calories. However, it is high in soluble fibers called fructooligosaccharides, which have just half the calories of regular sugar, as a review in the journal BMC Medicine notes.

According to a review in the journal Nutrients, these fibers also feed healthy bacteria in the intestines. As a result, yacon syrup may help with digestive issues such as constipation.

The authors also note that switching to yacon syrup may contribute to weight loss and a reduction in blood sugar. In addition, they report that the intake of yacon has reduced levels of fat in previous trials, some of which involved animal models. Confirming all of these effects in humans will require further research. 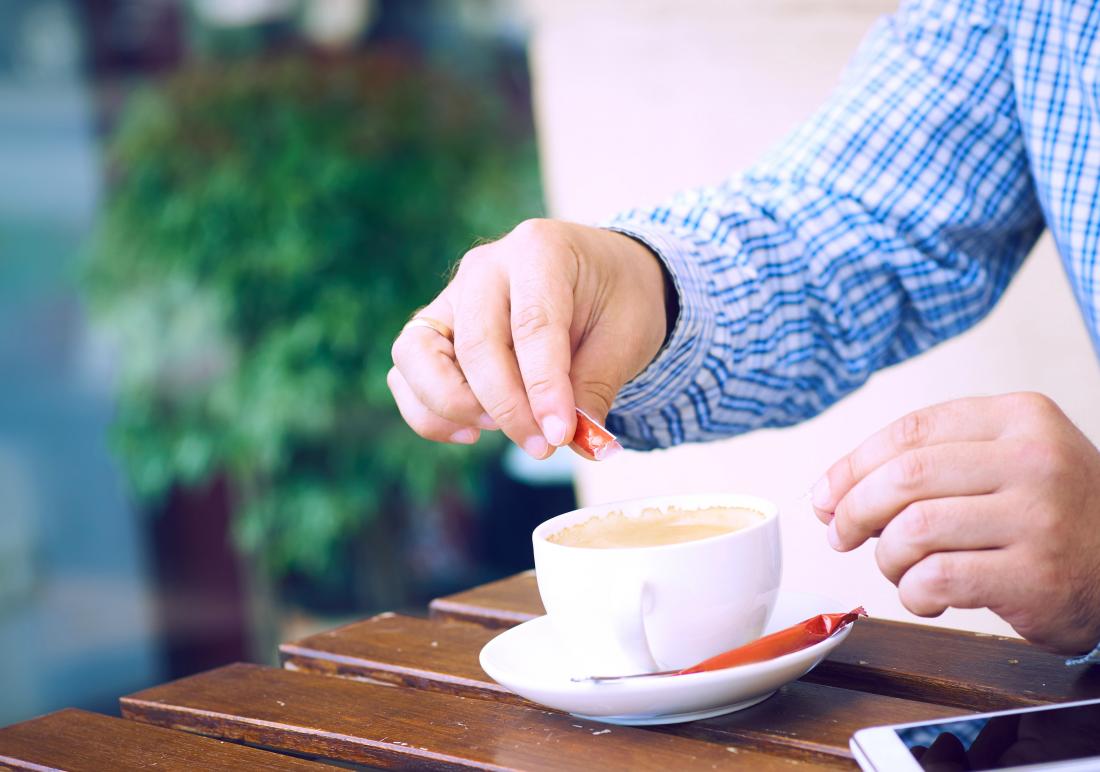 The body absorbs xylitol at a slower rate than sugar.

Xylitol is a sugar alcohol that comes from natural sources such as birch trees, though some companies manufacture it from other plant materials.

Sugar alcohols tend to provide the taste of sugar, and xylitol has a sweetness very similar to sugar. However, as an article in the British Dental Journal reports, a spoonful of xylitol contains about 10 calories, while the same amount of sugar contains about 16 calories.

The body absorbs xylitol more slowly than it absorbs sugar, meaning that xylitol does not lead to the same dramatic spikes in blood sugar.

Xylitol may also have health benefits. For instance, a review in the Journal of Natural Science, Biology, and Medicine notes that regular xylitol consumption can reduce levels of harmful Streptococcus mutans bacteria in plaque and saliva, making it effective at preventing cavities. This is one reason why many toothpastes and chewing gums now contain xylitol.

Like xylitol, erythritol is a sugar alcohol. While erythritol comes from natural sources, such as fruits, the powdered version available in stores is generally very refined.

Erythritol tastes very similar to sugar, with about 60–80% of sugar’s sweetness, but it contains a fraction of the calories.

In addition, the body does not absorb much erythritol — most of it exits the body through the urine, leaving blood sugar levels relatively untouched. Erythritol may also be less likely to cause digestive symptoms, compared with other sugar alcohols, such as xylitol. 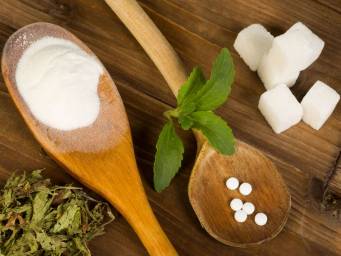 People with diabetes have to be careful about their sweeteners — many raise blood sugar, or glucose, levels and cause spikes of the hormone insulin. However, natural sweeteners, such as stevia, monk fruit, and erythritol, tend to raise blood glucose levels less and contain fewer calories than sugar.

Also, research in animals indicates that monk fruit — or swingle — extract may help prevent some diabetes complications, according to the Journal of Food Science and Technology. However, confirming the effects in humans will require more research.

Best options for the keto diet

People following low-carb or carb elimination diets, such as the keto diet, may need to reduce or stop their sugar intake, as sugar is a significant source of carbohydrates.

Many companies that produce natural sweeteners advertise them as weight loss aids. However, these claims may be exaggerated.

However, the natural sweeteners listed above have fewer calories than sugar, if any. If a person regularly uses sugar, switching to a natural alternative may help them reduce their overall calorie intake.

Natural sweeteners that are less healthful 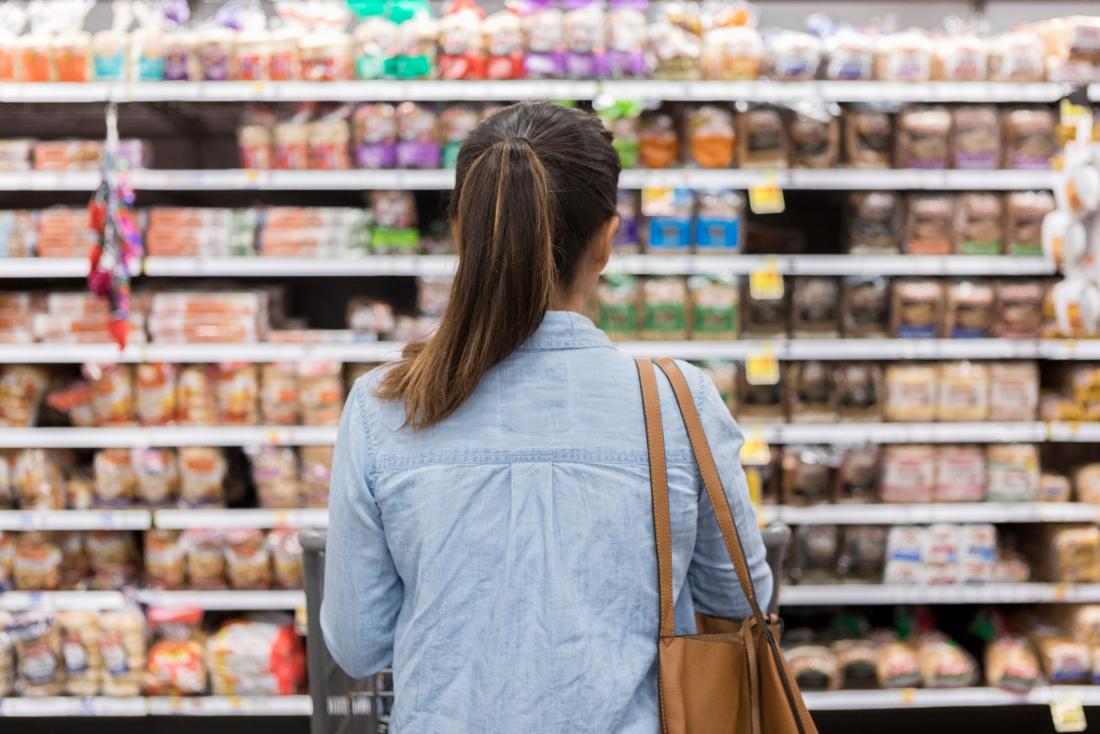 Natural alternatives are not always more healthful than conventional products. The following sweeteners have very similar health effects to sugar or corn syrup:

These products may contain tiny amounts of fiber or trace minerals, which some companies heavily advertise. However, the products also frequently contain very high levels of sugar.

The liver processes sugar in the same way, no matter the source. Anyone looking to reduce their sugar intake — in order to cut calories, eliminate carbs, or avoid insulin spikes — should also reduce or avoid the products in the list above.

For many people, such as those with dietary restrictions, natural sweeteners are a good alternative to refined sugar.

Products such as monk fruit can erythritol can provide the sweetness of sugar with nowhere near the same number of calories or carbs. Sugar alcohols may also lend the necessary sweetness without causing spikes in blood sugar.