Earwax is a thick substance that helps moisturize and protect the ears. It also helps remove dirt and dead skin cells in the ear.

Though many people feel the need to clean their ears and remove the excess wax, there is no medical or hygiene need to do so. The ear is completely self-cleaning, and earwax plays an essential role in this process.

People produce different amounts of earwax, and this is unrelated to hygiene. In particular, older people and those with lots of hair in their ears are more likely to have larger amounts of earwax.

Read on for the answers to some common questions about using olive oil in the ears. 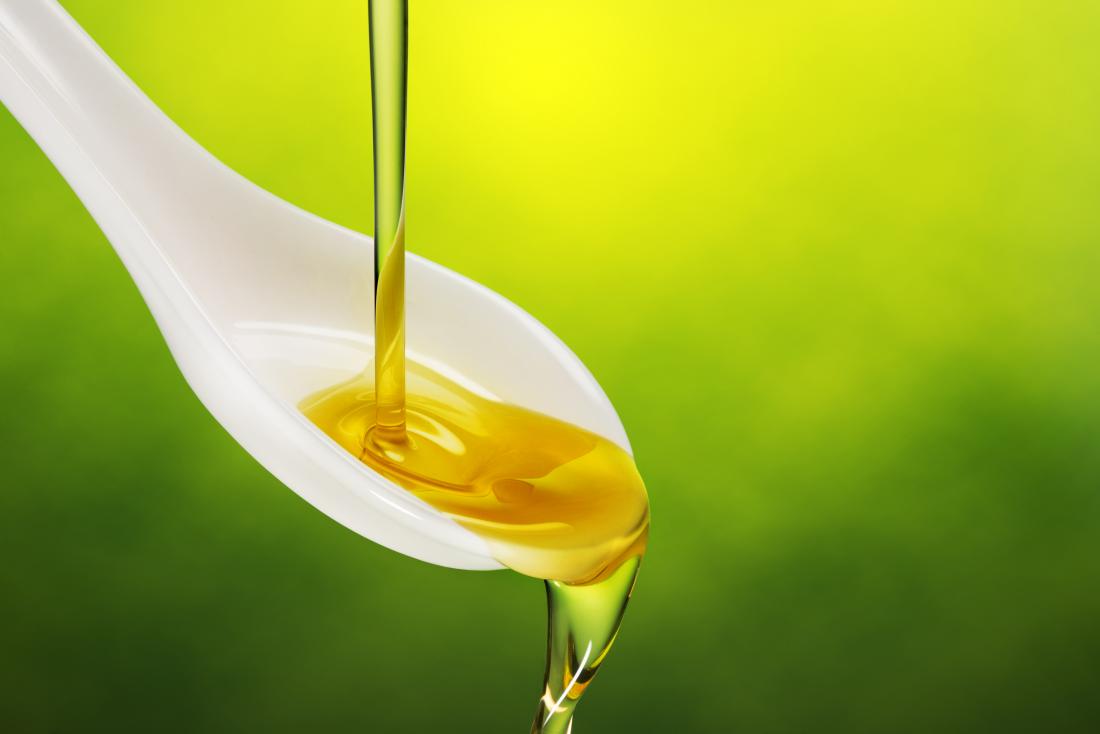 Olive oil can break up earwax that has become stuck in the ear canal.

People can use warm olive oil to help break up earwax that has hardened and become stuck in the ear canal. The oil helps to soften the earwax, making it easier for it to move out of the canal.

In addition, some people suggest that placing a few drops of warmed olive oil into the ear of someone with an ear infection can be soothing and comforting.

While it is unlikely to cause harm, there is no research to show that this remedy is effective.

Though most people are aware of the risk of using cotton swabs to clean their ears, many still admit that they use them to remove excess earwax.

By using cotton swabs, there is a risk of accidentally sticking the swab too deep into the ear and damaging the eardrum.

Also, cotton swabs can push earwax deeper into the ear canal where it can harden and become a plug. Olive oil may be a safe alternative.

The authors of a 2013 study looked at people who placed drops of olive oil in their ear every night to see if the oil altered the amount of earwax.

They found that, contrary to their hypothesis, the earwax actually increased in the ears of people who used olive oil drops regularly, and the oil did not help it come out naturally.

However, they also found that the wax was more easily removable when people sprayed olive oil into their ear just prior to a doctor’s irrigation.

Some practitioners caution on the use of olive oil as the wax expands and can increase pain.

A 2010 study suggested that olive oil was more effective than no treatment but less effective than triethanolamine polypeptide, a type of eardrop that a doctor may use.

The researchers found that wet irrigation, such as with water or olive oil, is better than dry irrigation. They also found that adverse events from at-home irrigation were minor, so using olive oil might be a safe option. 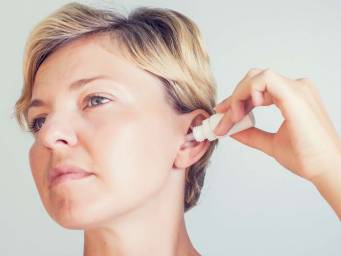 How to use olive oil

Talk to your doctor to find out if olive oil is right for you.

To put olive oil in the ear, lie down on one side with the affected ear facing upward. Then gently pull the upper ear up and back. This method opens the ear canal and helps the oil go straight into the canal.

Gently rub the skin in front of the ear, near the jaw, to help the oil settle down into the canal.

Remain lying down to let the ear absorb the oil. Oil may run out of the ear upon standing. If this happens, use a tissue to wipe it up.

Some people chose to warm the oil before putting it in their ear. Make sure to place a few drops of the oil on the inside of the wrist to test the temperature. Do not place the oil in the ear if it is too hot.

If a person does not get relief from the oil, it is best to see a doctor. 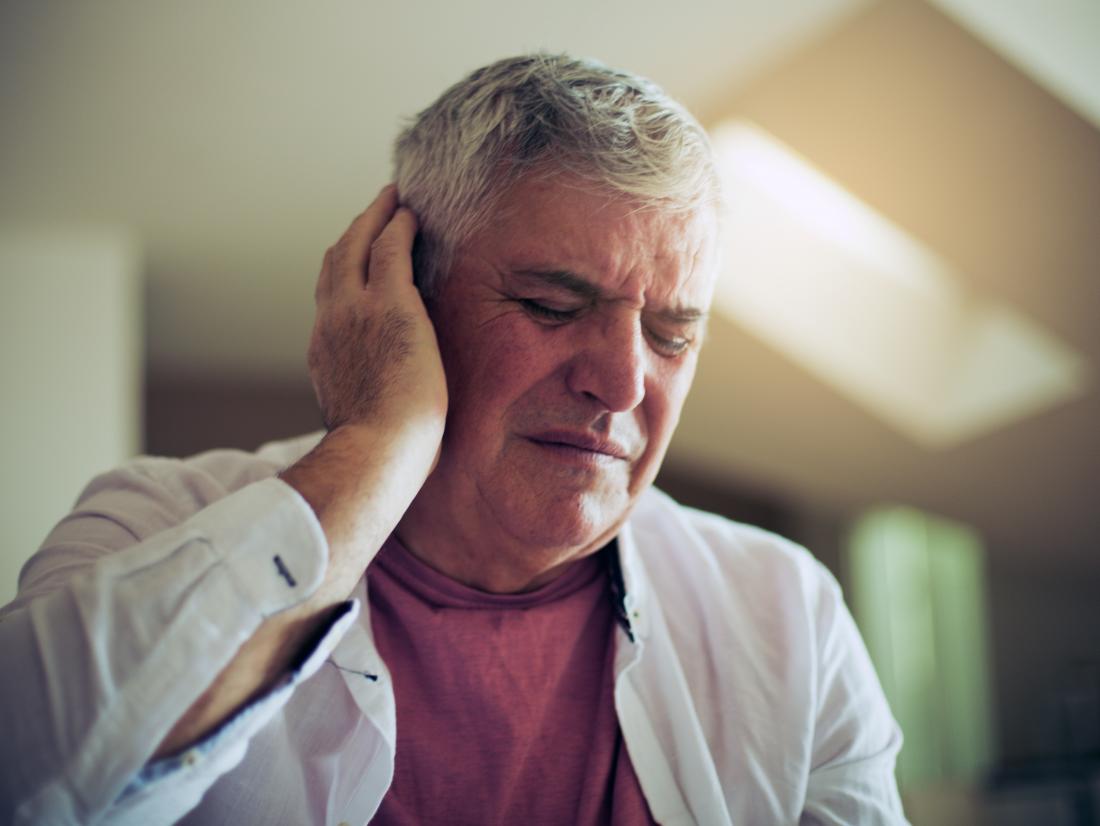 Olive oil can cause itching in the ear or dizziness.

Olive oil is generally safe to use in small quantities in the ear. However, people with a ruptured eardrum should never put olive oil or other substances in the ear.

Irrigating the ear with olive oil can cause side effects such as itching, outer ear infections, dizziness, and skin irritation.

Anyone with an allergy to olives or olive oil should not try this remedy.

It is also vital to be cautious when using this home remedy with children. Do not use hot olive oil, as it may burn the child.

If someone has ear pain that does not go away after a few days of home remedies, it is best to see a doctor.

Also, anyone who suspects that they might have a ruptured eardrum or symptoms of an ear infection, such as pain and swelling, should contact their doctor.

Though using olive oil in the ear may have some benefits, there is not sufficient research to conclude that it is more effective than medical remedies. Some research suggests it may make an earwax buildup worse.

However, it is usually safe to try this home remedy as long as a person takes a few precautions, such as using a small amount and not overheating it.

Anyone who wishes to try using olive oil for an earwax buildup or ear pain should consult a doctor if their symptoms do not improve.

People can purchase olive oil in their local grocery store or online. 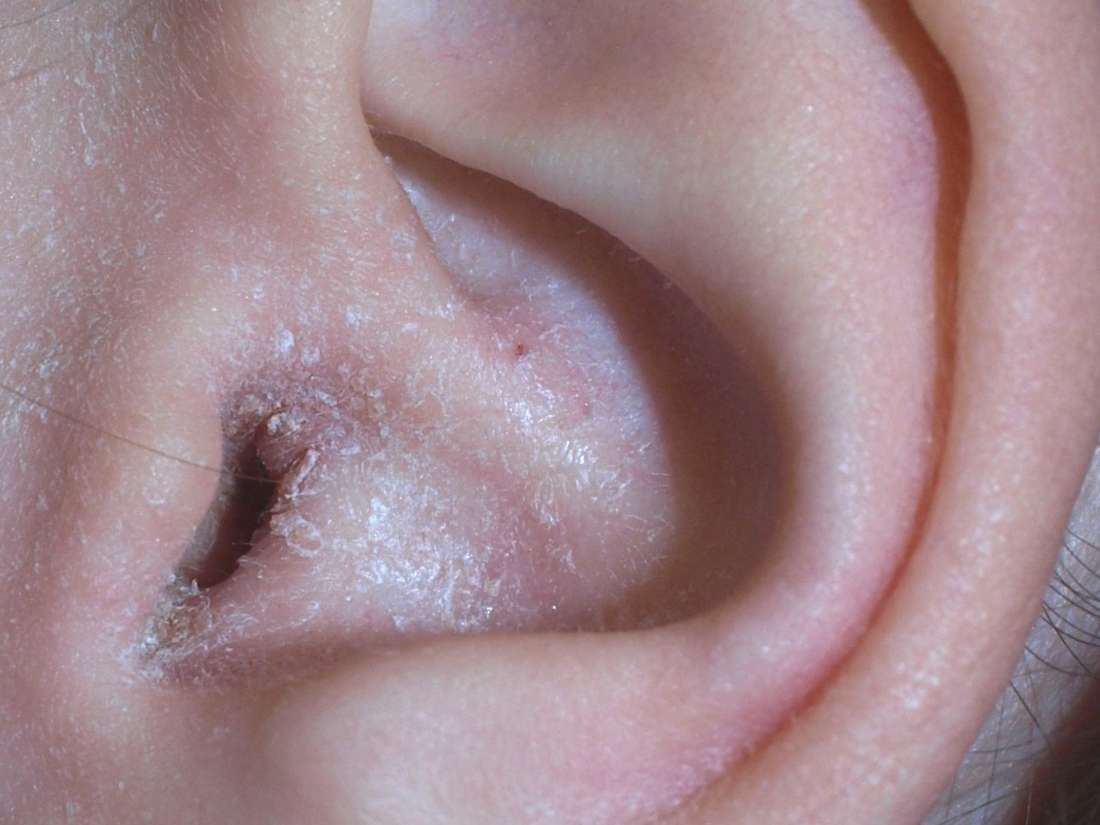 What to know about ear eczema
Eczema can affect the ear externally or internally. People can usually manage their symptoms by using ear drops or creams and avoiding potential triggers. 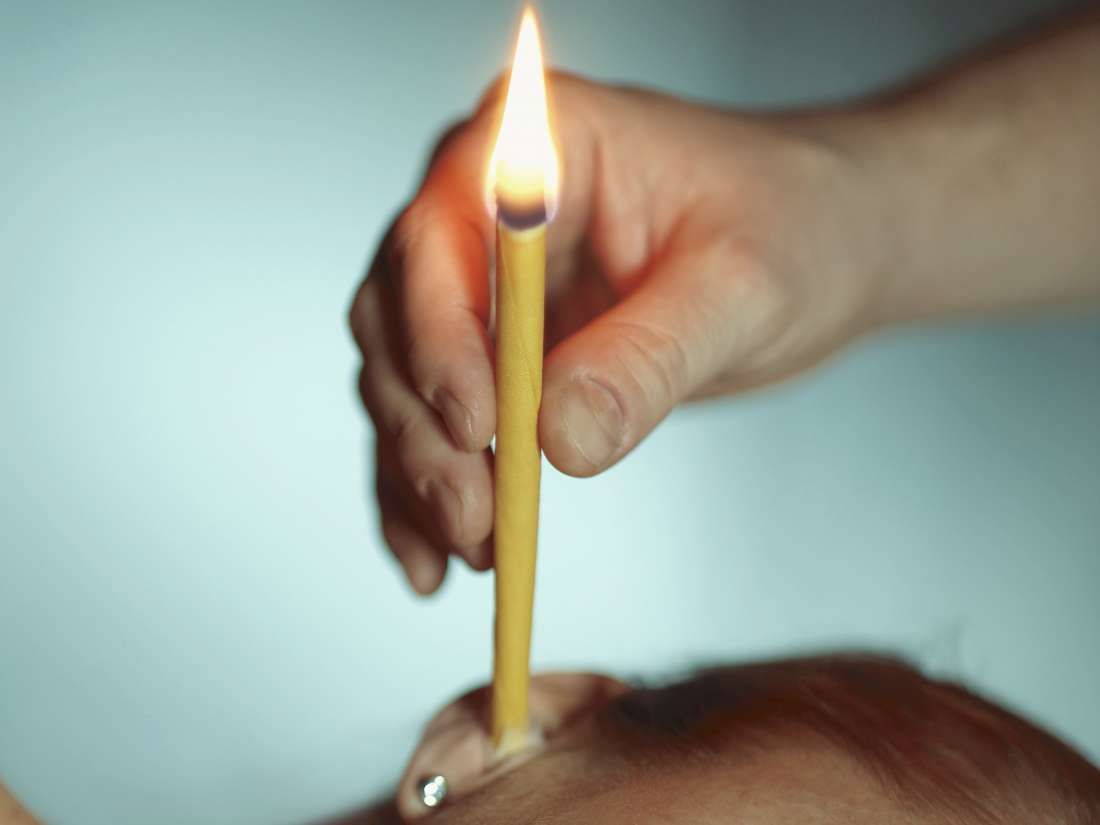 Is ear candling safe or effective?
Ear candling is a practice during which people use a lit candle to draw earwax and other impurities from the ear. Learn about the safety, side effects, and risks of ear candling here. 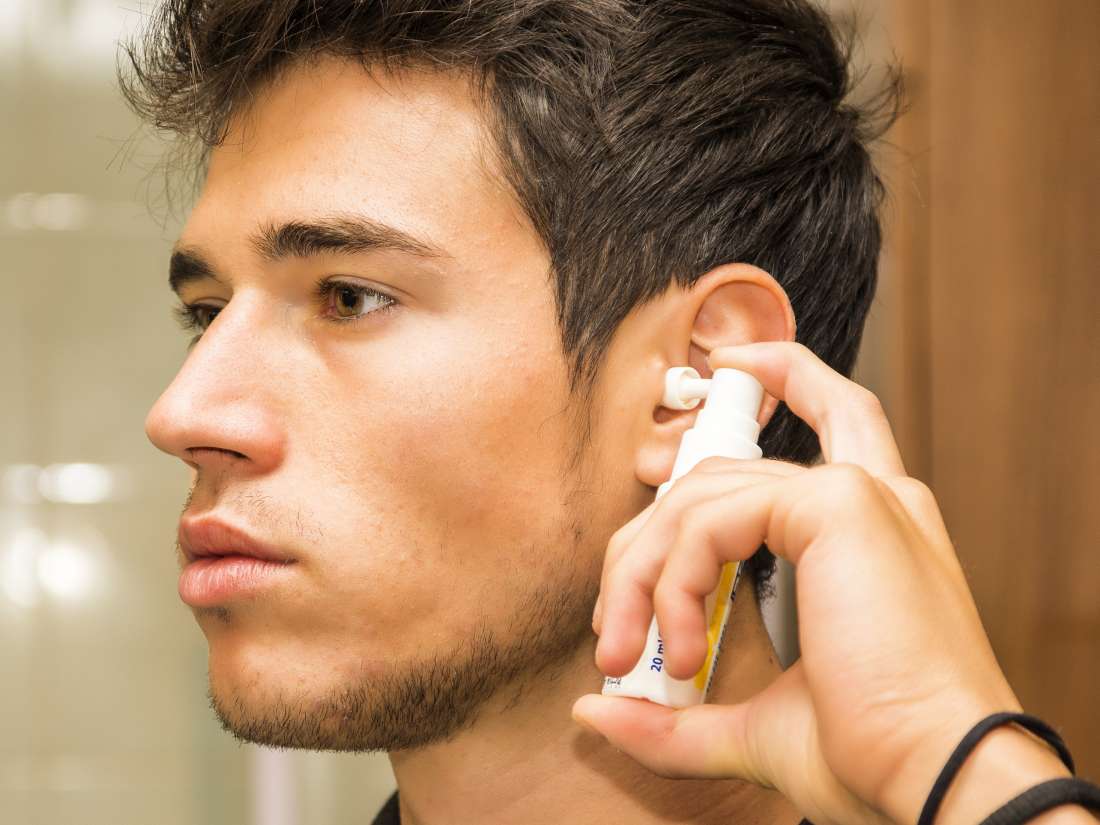 How to clean your ears safely
Earwax naturally keeps the ear clean, free of debris, and protected from infections. Most of the time, washing around the ears is enough to keep them clean. However, in some cases, a person may wish to clean their ears. In this article, we give examples of at-home methods to clean the ears safely plus what not to do. 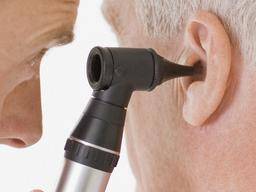 Eight home remedies for unclogging your ears
Clogged ears can cause discomfort, and may affect hearing and balance. Learn about eight different home remedies to treat clogged ears, and what to avoid. 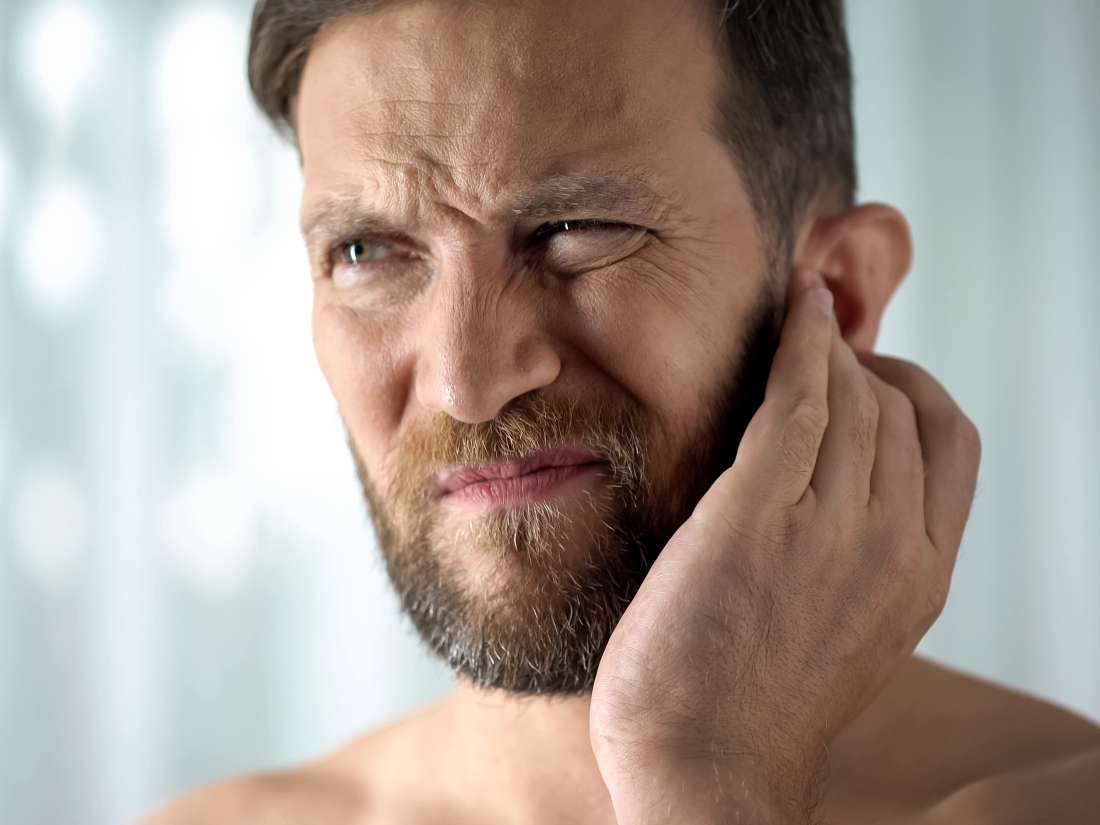 Why do my ears itch? Causes and treatments
Itchy ears are a common complaint with a variety of possible causes, including earwax blockages and infections. Learn about these and other causes in this article.

Clegg, A. J. (2010). The safety and effectiveness of different methods of earwax removal: A systematic review and economic evaluation [Abstract]. https://www.ncbi.nlm.nih.gov/pubmed/20546687